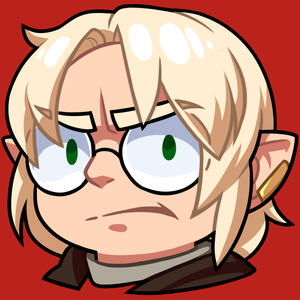 Artist of Many Trades

My name is Vergil. My pronouns are he/him/his. I'm a nonbinary artist of many trades and a professional neurodivergent disaster (ADHD/Autism). You might find me on Final Fantasy XIV as Vergiliaux Renata of Excalibur/Primal.

I work as a professional digital illustrator, and I hold a humble AA degree in the arts. I enjoy art, history, entertainment, and the applications of psychology and sociology within those subjects. My other hobbies are writing and gaming. Personally, I'm just another person on the internet who draws things and dumps a bunch of stupid ideas on his friends.

Just so we're clear here, yes I am a BIPOC (mixed Black, Cherokee, Apache, also Hispanic) who is also disabled (hard of hearing and partial blindness since birth).

We'll get along fine if you're kind and compassionate, really.

My content sometimes deals with mature themes and very difficult topics. In this house, we enjoy fiction and let people ship things as long as we're not harming real people. You can also expect leftist politics, sex work support, love for fictional villains, BDSM and kink, Satanism/Paganism, and whatever other crappy terminally online views I might have.Curate your online experiences for the sake of your own mindfulness, because I'm not doing that for you.🖕DO NOT INTERACT if you're so terminally online that you consume drama as a form of "entertainment" or get off on bullying and harassment campaigns. I don't care about people playing violent video games, consuming weird fiction, etc. If your personality sucks, you're getting blocked. 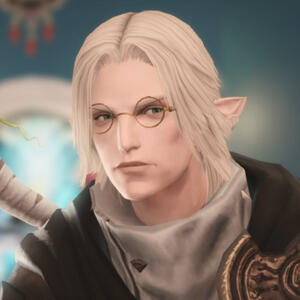 Vergiliaux Renata is an Ul'dahn Wildwood Elezen born to a prodigious mother in the clothcraft business and a (late) father who nearly had the power to join the Syndicate. His other known family member is a great aunt from his maternal line of Wildwood ethnicity. Vergiliaux also cares for a small dog named Ferdinand that helps him socialize.

Vergiliaux is a well-rounded intellectual who spends his days studying any subject that catches his insatiable curiosity. Though he's more inclined to solve problems rather than cause them, he is quite the sociophobe and cynic who refuses unnecessary engagement with others. When among people he can trust, Vergiliaux might be a little more inclined to open up and express himself through acts of service or sharing his "appreciation" for the intricacies of life.

In spite of Wildwood Elezen stereotypes, Vergiliaux isn't exactly mild-mannered and tends to shun pointless tradition in favor of doing things his own way and by himself. Vergiliaux absolutely despises ignorance to the point of being snarky and dismissive (he's not exactly agreeable among the Twelveswood's conservatives). Plus, he understands the common man enough to predict their course of action.

As a Warrior of Light

[WIP] Hydaelyn called upon a 27-year-old Vergiliaux weeks before Dalamud turned red and made its descent.

Vergiliaux's learning style allows him to absorb materials at lightning speed by articulation, or applying new knowledge to existing foundations. While he's well-versed in many subjects, he spends the most time with magicks, their histories and mythologies, as well as political science. His other skills include osmosed clothcraft knowledge from his youth and his current culinary hobby.

Vergiliaux is magically-inclined. Though, his logical-mathematical genius truly shows within his Nymian-inspired approach to Arcanima. He has an Aquamarine Carbuncle that specializes in healing magicks that gives him leeway in combat support.

In a group, Vergiliaux keeps his distance but takes on a supportive roll. He's not exactly a pacifist, and he's certainly not afraid to call upon sabotaging and destructive spells to get the job done.

In a challenging situation, Vergiliaux tries to take the high ground and keep his cool by keeping his distance and maintaining his options to formulate a number of strategies. The opposition can stagger Vergiliaux by closing the gap and preventing access to his available options, leaving him to rely on improvisation until he regains control.

Vergiliaux has had a sight disability since birth. His eyeballs are shaped in a way that manifests like myopia. He chooses to wear special glasses, and he opts to use special equipment for tasks requiring vision.

Social situations stress him out to the point that he can get irritable and unreasonable. Forcing Vergiliaux to socialize is the surest way to ruin his mood. He used to have nervous breakdowns when forced into the spotlight as a child, but he has changed from this since puberty.

Helena Renata: Helena is Vergiliaux's canon partner. She is a Rava Viera with a red panda companion named Connie.Zenos yae Galvus (canon): A complicated case, Vergiliaux is hostile towards Zenos yae Galvus for the harm he's personally done to Vergiliaux's circles. Though, Vergiliaux is understanding of Zenos's poor upbringing, and a bit sympathetic as a fellow lonely intellectual.Zenos yae Galvus (Moons-Struck AU): Vergiliaux's feelings toward Zenos are complicated, as he is on the receptive end of the prince's newfound love and obsessive advances.Alphinaud and Alisaie Leveilleur: Vergiliaux is close to the Leveilleur twins and treats them like younger siblings. He will cook meals for them, mend their clothes, offer a listening ear (or a shoulder if they need to cry), and what-have you.Y'shtola Rhul:Urianger Augurelt:G'raha Tia:

My prices are in United States Dollars ($USD).I do not accept Crypto, NFTs, ingame currencies, and other forms of currencies not recognized and regulated by real-world governments.